I made the poor life decision to drive home to New York from Chicago for Thanksgiving.

No, no, no…I mean the decision to drive, not the one to go home. Being home for the holiday is the best, but next time I call myself trying to save money I will remember that nearly fourteen hours one way on I-90 is never an acceptable tradeoff no matter how many Cracker Barrels I stop at along the way.

My family is a tight-knit bunch. My parents, aunts, uncles, and cousins all live in the same “metro” area, some of them less than a mile away from each other. Close proximity means that everybody and they mama is present for the big meal and since I’m the prodigal daughter catching up on my life is high on everyone’s agenda. Of course when people want to know what’s up with you one of the first things they inquire about is work. While my parents and brothers already knew that I was laid off the rest of my relatives and family friends did not. The conversation goes something like this:

Me: “I’m going to start my own business.”
Auntie: 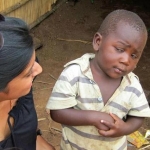 “Mmchew, what kind of business, oh?”
Me: “I’m going to open a grocery store.”
Auntie:

My aunts aren’t the only ones surprised by my post employment plans. Reactions have ranged from

I get it. I have worked corporate jobs since I got my Bachelor’s degree. Why would I get off the path to the corner office to enter an industry that many view as very blue collar? Two reasons. Ownership and opportunity. Sure, I could inch my way to a million or two with salary increases, bonuses, and stock options, but as I said before, to do that I’d have to create much more value for someone else than they would be giving me in return. If I’m going to put in that amount of work I want to own the value I create. It just so happens that I saw an opportunity to do this through grocery retail.

Real talk, because the state of Black business ownership in Chicago is basura. According to the last census, Chicago is 32% Black but only 2% of the businesses in the city are Black owned. Seaway Bank and Trust, one of the last two of Chicago’s Black owned banks, was closed by the FDIC last January and Farmer’s Best Market, Chicago’s lone Black owned supermarket, closed back in 2010. While I am very intentional about having a Black dentist, primary care physician, attorney, financial advisor, and patronizing Black owned restaurants and clothing stores, it is still very difficult to do a large percentage of my spending with entrepreneurs who look like me simply because the businesses just don’t exist. When it comes to the basic infrastructure of an economy, like food, housing, banking and transportation, we don’t own nearly enough. In a city with neighborhoods that are comprised of nearly 100% Black residents there is no reason for none of the grocery stores, gas stations, banks, or other companies that command a large share of disposable income to be owned by us.

Last year I accidentally wound up on Chicago’s Westside and immediately noticed a dearth of the basic amenities I’m accustomed to seeing everyday in my neighborhood. I’ve been playing with the idea of opening a grocery store ever since. With savings to float myself for a while, I quickly saw that getting laid off was the perfect catalyst to stop talking about it and be about it. Last month I drove through one neighborhood, checking out all of the fresh food options. They were limited. Last week I spent an afternoon at City Hall to apply for licensing. I even got a tax ID number. Now I’m doing extensive consumer research because what seems like a good idea in my head may not work in practice.

Farmer’s Best Market opened on the Southside in June 2008 and was out of business by August 2009. During my market research, the owner of a corner store bluntly stated, “These Black people won’t support you. They don’t want fruits and vegetables. They want tobacco.” While his low opinion of Black people was especially off-putting, I won’t lie and say that his words didn’t phase me. I do not expect a Black community to support my business simply because it’s owned by another Black person. My job is to operate a store that meets their needs better than the competition. If I cannot do that then I don’t deserve their patronage.

But what does a lower income Black community need? I think that the residents need and want fresh food, but I can’t impose my thoughts on a neighborhood in which I’ve never lived and people who live lives that I’ve never experienced. I refuse to be a self-styled savior who believes she knows what’s best for others. For that reason I came up with a phased rollout strategy that includes extensive consumer research and pop up markets. My goal is to spend the time getting to know my customer so well that I can anticipate their wants and needs. But I can’t help but look at Farmer’s Best Market and wonder if he too started with a “surefire” plan. What if some communities have been without access to fruits and vegetables for so long that people no longer include them in their diets? What if people are already buying all of the apples, oranges, greens and carrots that their hearts desire outside of the neighborhood and don’t feel the need to have a store nearby. Or worse yet, what if Black ownership really is kryptonite to Black communities. Two major chains recently opened stores in predominately Black neighborhoods on the Southside and are thriving. What if Farmer’s Best Market’s owner Karreim  Beyah was right and a visible Black owner casts the perception that my store is less than no matter how clean, bright, and affordable it is.

It’s all a bit scary and overwhelming when I think about the amount of work and level of risk I’d have to take on in order to make my store a reality. Thus far the people I’ve asked for help have been tremendous, but ultimately my success is not up to them or even me. I’m putting something out there to a part of my community that isn’t mine at all and they’re the ones with the final say. I just pray they say yes.